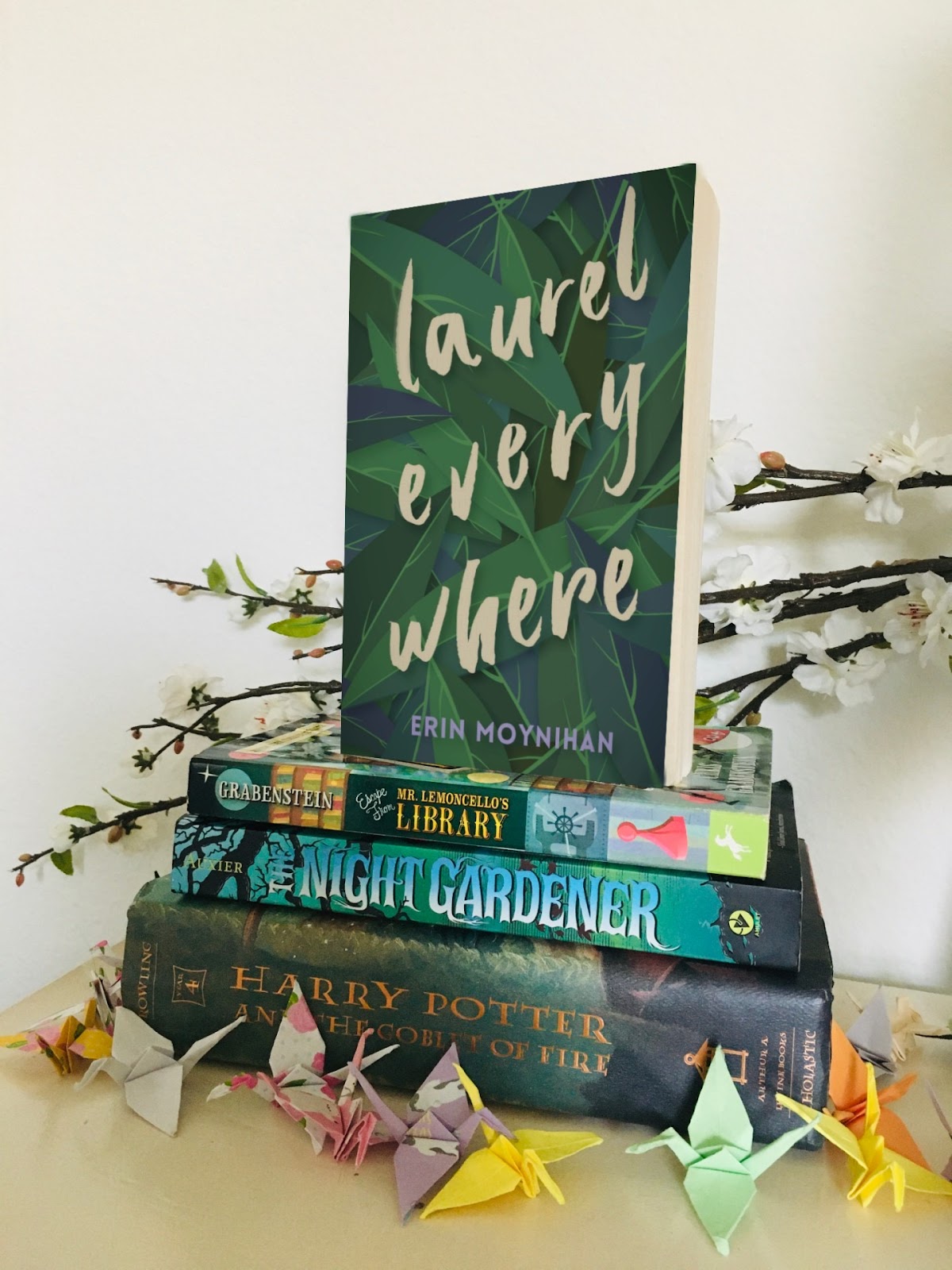 After a car accident causes the death of her mom, brother, and sister, Laurel is devastated. And with her dad suffering from depression, Laurel is left to pick up the shattered pieces of her broken family.

Now she can’t stop hearing the voices of the ghosts fo her family, who haunt her with the painful memories from before.

After her dad tries to end his pain, he leaves Laurel behind to try to heal. Laurel becomes desperate to bring things back to normal. As she copes with the loss of her family, Laurel learns that it’s okay not to be normal.

Laurel Everywhere was an emotional and heartfelt story about the harrowing journey to discovering yourself and the power of love through grief. It was a great representation for grief and depression, although it did not hit me as hard as I thought it would. Moynihan had a realistic concept, but performed an adequate execution.

Laurel Summers, the protagonist of the book, was an interesting character, but felt one-dimensional at times. Although she says she is 15 years old, she acts younger than her age because of her impulsive and naive actions. Her voice sometimes sounds immature and childish, but at the same time resonates with the readers through her conflicting thoughts and strong emotions.

Although the secondary characters were supposed to play a major role in the plot, they did not. Their personalities felt muted because they didn’t express their feelings and thoughts often, and as a result, they felt unrelatable.

One thing I loved about the book was the relationships between Laurel and her friends Lyssa and Hanna. Their bond was strong, and although they sometimes fight, they are willing to die for each other. Laurel’s devotion to her friends was an important factor in helping her deal with her grief.

Laurel’s relationship with her father was very relatable, and the fact that she worried so much but was caring felt very realistic. They both learn to cope in their own ways and keep going.

I also enjoyed the little messages this story held within its lines, and how the characters came to accept them. Laurel learns how grief affects people differently and how sadness should never be a competition. She discovers that struggles should be shared instead of burdening one person, and though all may be dark, there will always be light.

Laurel Everywhere was a meaningful but poignant story about the impacts of grief and loss, and how people rise again. The characters forge a strong connection with the readers, but there was little growth. The plot felt weak at times, and some parts just fell flat.

Thanks to Edelweiss and the publisher for providing an eARC of Laurel Everywhere in exchange for an honest review.

Hello!! I’m Katie (she/her), a Korean teen book blogger. Welcome to Whispering Pages, where I scream about all things books. Thank you for stopping by and happy reading!